Home
Questions
What Happens When You Overdose On Sleeping Pills?

One of the most dangerous things about sleeping pills is how often they are taken. Whether someone is taking antihistamines from the drugstore or something stronger with a prescription, they often think it is safe to use these medications every night. However, doing that means that dependence and tolerance levels can go up, and this can lead to unexpected results.

Everyone needs sleep and people will go to nearly any lengths to make sure they get enough of it. Some people might choose to misuse medications to help them get their rest. Because sleep aid medications can be abused, it is useful to be fully aware of the risks that come with them, including an overdose risk.

Some people might use sleeping pills to commit suicide, and if you or a loved one is suffering from suicidal thoughts or tendencies, you should call the National Suicide Prevention Hotline immediately, on 1-800-273-8255.

Around 60 million people in the United States suffers from sleep problems and about 4 percent of the country take medication to help them get a good night’s rest. Millions of people use hypnotic drugs to sleep better, deeper and longer every single night. Sleeping aids range from over-the-counter antihistamines with drowsiness being a side effect, to extra-strong prescriptions.

Doctors can choose from a wide range of sleeping aids to fight insomnia, including Ambien, Rozarem and Lunesta. Some antidepressants and benzodiazepine sedatives can help with sleep but these also come with the possibility of dependence.

Some people used to see a sleeping pill overdose as an easy way to kill themselves. They would visualize closing their eyes, drifting off into a pleasant slumber and simply not waking up again. However, researchers have been working on making sleeping aids safer, so the possibility of lethal overdoses is reduced.

Overdose Symptoms and Side Effects

Abusing sleeping pills can have dangerous side effects without resulting in an actual overdose. Some people have driven and crashed their cars because of the impaired coordination and judgement from the sleeping aids, while self-harm and crimes have also happened. Sleep-induced injuries are common, since people are just unaware of what they are doing at the time.

If an overdose occurs, there might be some physical signs such as:

Usually the victim of an overdose is not willing or able to contact the authorities to report their actions. As the sleeping pills take effect, the victim is likely to fall asleep before taking this precaution, and might need an onlooker to get them some help and quickly.

Also read: What Happens if You Fail a Drug Test

Which Sleeping Pills Cause Overdoses

Although today’s sleeping pills are certainly safer than those of several decades ago, overdoses from them do sometimes still occur, especially when the medication is misused.

Ambien is one example of a sleeping pill which is usually taken at a 10mg dose. A user might overdose on a 600mg dose and do some serious internal damage. Take a 2000mg dose and death is likely. However, a lethal dose might be much lower depending on the individual.

Someone would need to take 90 times the recommended dose of Lunesta to overdose, which means 270mg or more of this drug. Only when the sleep medication is mixed with a depressant such as alcohol or benzodiazepines would fatality usually occur.

You would need about 200mg of Sonata for an overdose, although if alcohol is not added to the mix, people have been known to survive even this amount.

An overdose of benzodiazepine sleeping pills are typically treated with a counteractive procedure. The doctor might administer flumazenil to reverse the sedation and bring the victim back to consciousness. Flumazenil is not recommended if the individual might develop seizure symptoms though.

Stomach pumps used to be used more frequently in the case of someone swallowing a lot of pills but they are not so widely used any more. After treatment, the overdose victim’s progress and recovery will be closely monitored by medical professionals over the coming hours or days. 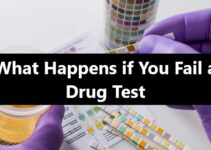 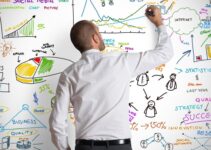 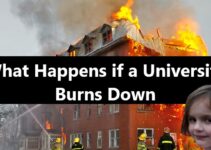