Home
Questions
What Happens if You Miss Jury Duty?

If someone is arrested and charged for a crime in the United States, they are allowed to use the Seventh Amendment in the Constitution and have a trial by jury.

The jury is made up of American citizens who must review the case, listen to testimonies and evidence, and make a decision about the trial.

The jury selection process doesn’t need much of an explanation, but there is another question. Have you ever wondered what would happen if you were summoned for jury duty and either missed it or purposely didn’t attend?

In this article we will focus on what happens if you miss or don’t show up for jury duty.

If you get summoned for jury duty, the letter will come in the mail. It will tell you the time and place, and which courthouse to come to. When you arrive, the jury will assemble in one area.

After that, there is a jury selection process, which is also known as ‘voir dire’. Twelve people are chosen to serve on the jury for the trial in question.

Once the selections are made, the jurors must report for duty. The actual trial process could last anywhere from a few hours to weeks or months.

What Will Happen if You Miss It?

Skipping jury duty is never a good idea. The punishment depends whether the judge finds you in contempt of court and this varies from judge to judge.

Contempt of court means someone disrespecting, defying or impeding the court’s ability to perform its duties or the court’s authority. Contempt might be civil or criminal, but is typically categorized as civil contempt.

If you miss jury duty, you might be issued a bench warrant. You could be fined up to $1,000.

The punishment you receive depends on local as well as state laws, plus the reason for not being present during jury duty. If someone intentionally avoided it, then the punishment might be tougher.

Some people have even served time in jail after missing jury duty, so it isn’t a decision you should take lightly!

Also read: What Happens if You Avoid Being Served Court Papers

I Missed Jury Duty! Do I Need a Lawyer?

Because not attending jury duty is a serious violation and punishable by a fine or jail time, it is a good idea to find a criminal lawyer.

Such a lawyer might be able to assist you with any consequences faced by missing jury duty.

Are There Any Valid Reasons for Missing Jury Duty?

It is thought that up to a quarter of all jury summons get lost in the mail. The reasons for this include incorrect or out of date address information.

People who are sick or handicapped might have a legitimate reason not to serve.

Very few judges will excuse you because you have work or school, but it is sometimes possible to get jury service deferred. Employers are not allowed to penalize you for being away because you are serving jury duty, by law.

Also read: What Happens if You Don’t Pay Bail Bonds

Say you have a medical reason that you want to use as an excuse, you might be asked to offer a letter of support or proof from your doctor.

If there is an employment-related reason, your employer will need to produce a letter detailing why.

If you have a financial hardship you would need to prove this.

Sometimes courts deny requests to avoid jury duty. It all depends on the reason and the circumstances. Someone might feel that they should be excused from jury duty because it clashes with a family wedding, for example, but this is unlikely to be accepted as a valid reason. The court can always deny such a request. 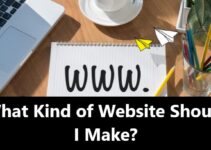 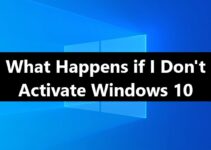 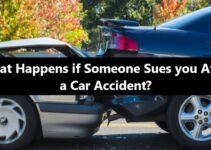