Home
Questions
What Happens if You Fail a Drug Test

Drug tests are administered in various situations for different reasons, and the only outcomes are either a pass or fail. You might be wondering what happens if you fail, how will you know if you do fail, and whether there are legal consequences for failing.

The answers depend on why you are being tested in the first place, the laws of the state or area you are in, and how lenient those involved might be.

Common reasons for administering a drug test include the following:

Does Marijuana Matter if It’s Legal Where I Live?

Living in a state where weed is legal does not mean the company will be happy about you using it. Some companies do ignore marijuana use if it is legal in the state, but most will not. If you are taking a drug test for probation, weed is not allowed either.

It might be legal in the state you are in, but it will make you fail the drug test. Very occasionally medical patients are granted permission to use it but you would have to discuss the possibility with your probation officer before the test.

Drug tests are common for pre-employment, and many people have questions about this particular reason for testing as well as the screening process itself. If you happen to fail a pre-employment drug test, you have virtually no chance at all of getting the job. Companies only spend money on drug tests when they care about the results.

If you are applying for something in a specialized field with positions which are harder to fill, there might still be a chance you will get the job. Overall, however, failing a pre-employment drug tests usually means there is no hope of securing the job. If you really want the job, it might be worth speaking to the company and asking to retake the test later. The worst they can say is no.

Will I Get a Call if I Fail the Drug Test?

You probably won’t hear from the company about the drugs test result if you have passed it, but if you fail,you can expect to hear from a Medical Review Officer (MRO). The MRO might communicate through the company who paid for the test or they might phone you directly. Their job is to determine whether there is a legitimate medical reason you didn’t pass.

Perhaps you were using medical marijuana or maybe you are taking prescription painkillers for a current injury or illness at the time of the test. If you don’t respond to the MRO, you fail the test anyway. If you lie, they will know because they have access to the drug test results and know what was in your system when you took the drug test.

Do Drug Screening Results Stay on Your Record?

There is no public record of drug tests accessible to future employers or anybody else. The company whose drug test you failed might however mention it if you use them for a reference for another job, or they might keep a record in case you apply for a job there in the future.

Two exceptions to this exist, however, and those are as follows:

Does Failing a Pre-Employment Drug Test Have Legal Implications?

Your test will not be reported to the authorities, because a potential employer does not have any legal standing as regards your results. Of course, if you fail a probation drug test there are going to be legal ramifications, but not when talking about pre-employment drug screening.

Should You Refuse a Test if You Think You’ll Fail?

You have the option to refuse a drug test if you so choose, but this obviously makes it look like you know you are going to fail it. Whether you choose to go ahead with the drug test and fail it, or refuse to take it in the first place, the likelihood of getting the job is somewhere around zero. Refusing to take the test just makes you look guilty, and will be viewed the same as a fail from most employers’ standpoints.

Also read: What Happens When You Overdose On Sleeping Pills

What if You Fail a Drug Test at Work?

Let’s say you pass a pre-employment drug test and then get offered the job. One of two things might then happen. Either that is the end of the drug screening and you won’t be asked to do it again, or you might be working for a company who likes to do random or periodical screenings. You might be sent to a lab or tested in-house. You might even have to go to the lab along with a supervisor to make sure there is no way you can cheat at the test.

Will a Failed Drug Test End Get Me Fired?

If the company is happy to spend time and money testing their employees, then they obviously care about the result. If they did not, then they wouldn’t bother with the testing at all. Failing your drug test means a likely dismissal from your job.

However, if this has happened, there are still some things you could try, in order to keep your job, as long as you are a reliable employee:

An honest discussion with your HR manager or supervisor is your best bet if you want to find out what you have to do to keep your job after failing a drug test. They are people too and you never know – if they don’t want to lose you they might be supportive. More and more companies these days are actually giving employees a second change to pass a drug test instead of terminating their employment.

HR has heard every excuse ever for failing a drug test. You might be able to explain away a painkiller but proof of Class A drugs or marijuana can’t really be explained away. Tell them you accidentally ate an edible at a party or you were breathing second-hand smoke all night and, while that might be possible, the company knows as well as you do that it is not a likely story.

Does a Failed Drug Test at Work Stay On Your Record?

Pre-employment drug screenings and at-work ones differ in this regard because the policies are not the same. Only the company who paid for the drugs test will get the results, unless you are working for DOT as discussed above.

Can I Get Unemployment for Being Fired After a Drug Test?

How Bad is Failing a Probation Drug Screening?

It is fair to say that a probation drug test result has far more impact than a work one. Depending how lenient your probation officer is, your state’s laws and which offense put you on probation in the first place, the stakes could be high. Although we cannot offer legal advice here, and you should contact a lawyer instead, we can offer some general information about failing a probation drug test.

The reason why the stakes are high if you fail this drug test is that you might be sent to jail for it. This doesn’t mean it is a foregone conclusion but there is always the possibility of jail in this scenario. A lenient judge might only give you a warning or first strike, but they could also give you more probation time, counseling or rehab, fines, or community service.

A non-lenient judge, on the other hand, might send you to jail or even revoke your whole probation, meaning you would have to serve out your whole sentence in jail. Being charged with an additional crime can also happen. If you fail a drug test twice, the judge will know, because failed drug tests go on your criminal record.

Will I Get a Call if I Fail the Drug Test in Probation?

A probation drug test is often done at the probation office, so there is no possibility of cheating, and if you fail you will know about it there and then, and you might even get sent straight to jail. It might happen that your specimen is sent off to a lab (or even they send you to a lab) rather than doing an on-site analysis.

If this happens, your probation officer will probably call you when they get the results, just like an MRO would call after an employment test. By this time there might already be a warrant out for your arrest if you have not passed the test. If you pass the test though, you might not even get a call.

Misdemeanor probation and felony probation can both result in problems for you if you fail their drug tests. Because a felony is viewed as more serious than a misdemeanor, failing a felony drug test is more likely to land you in hot water.

Regardless of your initial crime, failing a drug test while on probation can have serious repercussions for you. You might have to be drug tested more often in the future. If you are on probation for either a DUI or another drug-related charge, then you might face more legal consequences from your probation officer.

Although failing a drug test can be scary, it pays to know what happens if such a scenario happens to you. Whenever you know you might be getting a drug test, you should prepare ahead as much as you can. It goes without saying that the best way never to fail a drug test is never to use drugs in the first place. 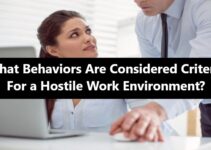 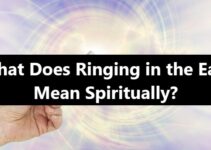