Home
Questions
What Happens if You Don’t Pay Bail Bonds

In this article we will focus on question “What Happens if You Don’t Pay Bail Bonds”. Let’s say you have a contract with a bail bondsman to get yourself out of jail. What happens next?

In this scenario, you have both a contractual agreement with the court system and also a legal contract with the bail bondsman who paid the cash to get you released.

By law you must follow the conditional release order from the jail, and also show up on time and prepared for any court cases you have. But what would actually happen if you didn’t pay the bail bonds?

You Signed a Bail Agreement

You signed a legally binding contract when you hired the bail bondsman, promising to stick to your end of the deal. This was likely a substantial sum of money.

If you do not comply with the agreement you signed, you are going to be liable for the whole bail cost, not just the premium you paid to the bail bondsman. There is likely a clause in the agreement saying the bail bond company will hand you over to authorities if you fail to pay them back.

Also read: What Happens After Probate is Closed

You are Likely to be Arrested

Breaking the deal with the bail bondsman, or failing to comply with the terms implemented by the courts, means forfeiting your freedom.

The courts can decide to issue a new bench warrant allowing officers to arrest you. The bail bondsman has the power to detail you or else to get a bounty hunter if you cross state lines. Therefore skipping bail altogether is not going to work out for you.

Obligations of the Bond

Any family member or friend who arranged your bail with the bail bondsman if you didn’t do it yourself is bound by the contract to meet the legal obligations. They now have the responsibility to get you to abide by the court’s conditions including showing up to your hearing.

They not only hold the finance obligations by law now, but might also be deemed responsible for supervising you until your court date.

If you do not go to court or obey the conditions of your bail, the family member or friend who arranged the bail are now required to pay the whole bail amount to the bail bondsman, and this can be thousands of dollars.

If they are unable to pay, they could face having their tax returns or salary garnished or their assets and property seized.

Also read: What Happens if You Avoid Being Served Court Papers

Payment Delinquency and the Civil Court

If you are re-arrested or fail to appear when summoned resulting in revoked bail, the bail bonds agency must pay the full cost of the bail, and then they can legally take you or your family members to civil court to get their money back.

If you don’t pay what you owe them, the bail bond agency can create a payment arrangement to get the cost of your bail back and they are able to sue you over delinquent payments or use a debt collections agency to recoup the money they are owed.

This is likely to happen if you don’t communicate with them and attempt to repay them yourself.

A good bail bond agency can help you with questions about posting bail, and they can take on your responsibilities of any contracts or court-ordered mandates. If you are wondering whether it is possible to skip repaying bail bonds, now you know it is not really an option, and the best thing to do is keep up your end of the bargain. 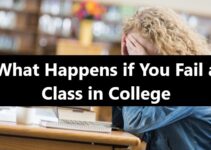 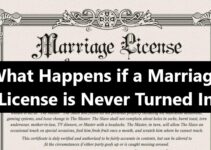 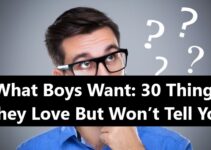